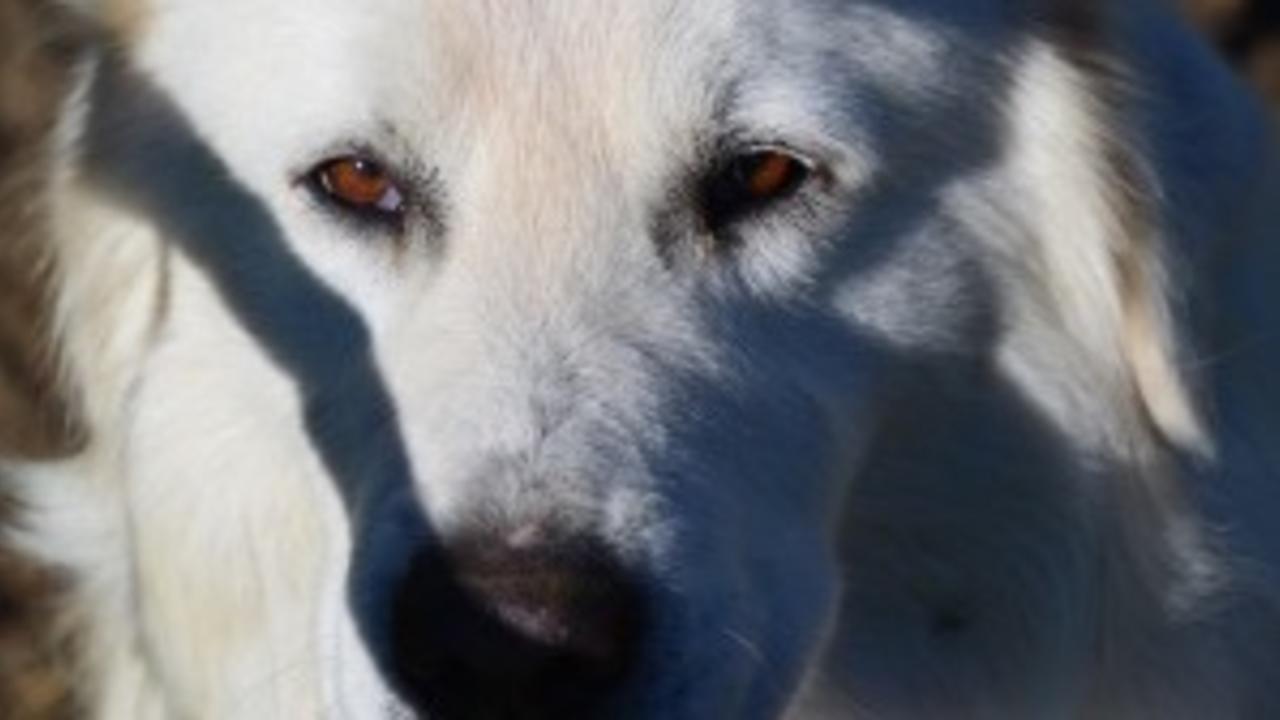 Although we talk often about the Border Collies of Boywood, there is a dog in the background who makes it all possible. He is the loyal guard of the flock, working 24/7 through harsh winter blizzards and humid, scorching summer days to protect the sheep from coyotes and other predators, yet asks no recompense except food, water, care for any injuries and illnesses, and a flock to look after. They give so much, yet ask so little. 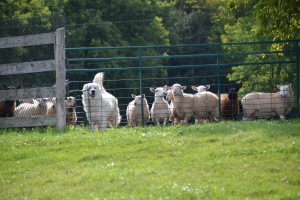 We have been blessed to have had several outstanding livestock guardian dogs (LGD) over the years, primarily the Maremma, a graceful yet powerful beast with thick white fur to insulate him from cold, and to act as his disguise so that he blends unseen into the sea of wool.

Some LGDs are perimeter dogs, running to the edges of the field or to the fence to ward off danger before it approaches, and others are flock dogs, who stay with the sheep as their protector, not to be tricked or lured away by the wiley coyotes.

Henry has been our flock dog for years. He was born here and after a short stint as a youngster working elsewhere for a friend, he returned to Boywood. He loved his sheep, and stayed with them at all costs. No matter where the sheep were, he wanted to be with them, and would not settle or relax until he was. He would attempt to rejoin them through any means possible, whether it required him to go under, over or through a fence to do so.

Henry understood much of his job instinctively. He would gently help a mother ewe lick clean a new-born lamb and let the baby sleep on his back. He knew if a young Border Collie pup slipped in with the flock he was only required to simply act as a moving fence, patiently babysitting the errant youngster from causing any damage until I could recover the juvenile delinquent, yet he could terrorize and even kill a coyote that tried to slip in to the flock.

Although Henry was aloof and didn’t trust easily, those he did trust he gave his heart to. He made you feel like you were the only person in the world worthy of his love and attention. It made you feel special because he did not give it freely…it was earned.

I loved to watch him seated almost regally, yet nearly invisible, amongst his sheep, his watchful eyes scanning the fields endlessly for danger, ready to sound the alert to which all the sheep would flock to him like an army to its king. He was the king of Boywood, and made us all feel safe – human and sheep alike.

Dogs age in the blink of an eye and it feels like he grew old overnight. He has been the guardian of sheep for nearly 10 years. Although he had started refusing food and even water, he insisted on keeping his post to the end, nothing made him happier. But today, he began longingly looking out to the forest to curl up for the long rest, and we knew it was time. 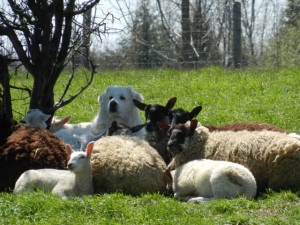 I will miss the reassuring wag of his tail to let me know all is okay, the wiggling bum when it is time to be fed or get a scratch, but I know his eyes will forever be protectively watching over his flock…and me.

Although it is a phrase used for Border Collies, I use it here – that’ll do, Henry. Your work is done. Thank you.