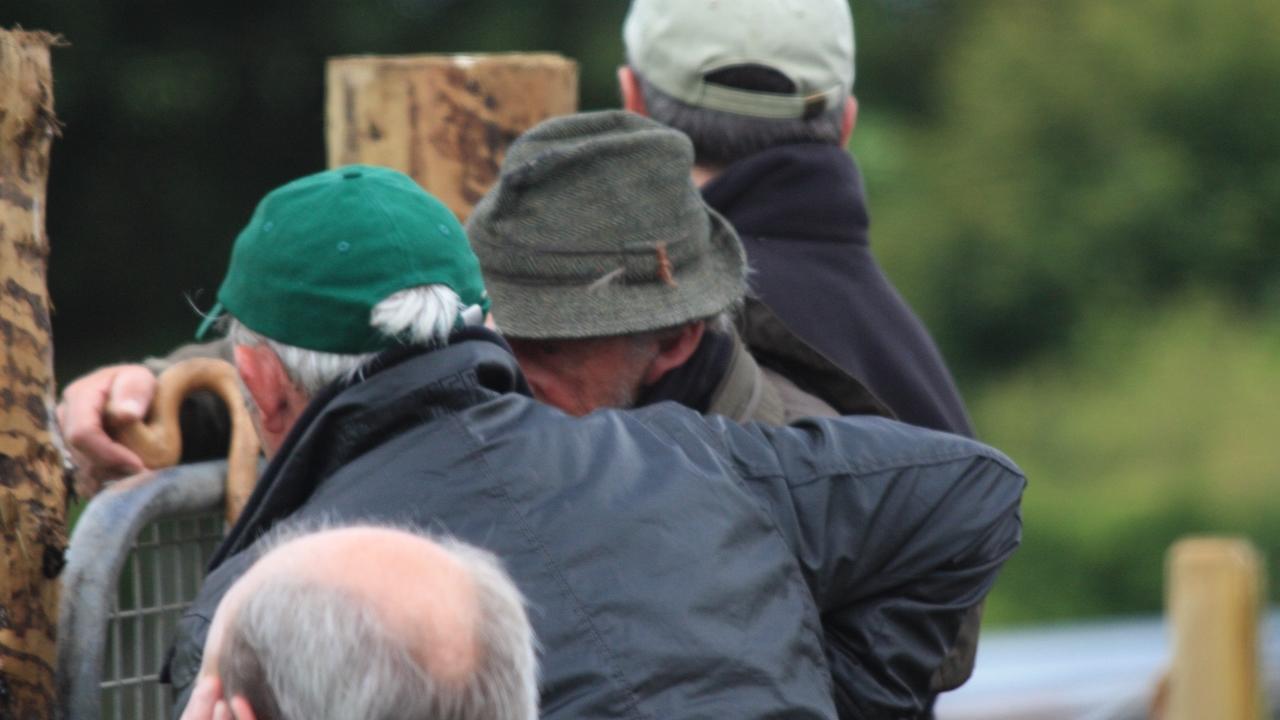 Still slightly bleary eyed from an overnight plane trip into Manchester, a drive to Wales on the wrong side of the road, and a less than average B&B, we took the fast ferry to Dun Laoghaire (pronounced Dun Lharry, don't ask me how), and went to pick up dog food at a cute little pet shop five minutes from the ferry terminal.

We had reluctantly switched the dogs onto kibble for the trip, and since we were able to find Orijen, which is Canadian, we figured it was at least patriotic. The dogs were able to accompany us at a local bistro for lunch (love the dog-friendly atmosphere over here), and then we started another drive on the wrong side of even narrower roads, and it started to rain. Mary Lou informed me that I had been driving like a church mouse up until that point, but now that the hedges were getting close to the passenger side mirror and the road was wet, she felt my speed was excessive. Whether I was getting more comfortable or her nerves were starting to fray has yet to be determined. :) We finally arrived in Tinoran, County Wicklow to catch the last afternoon of running of the Irish National. It was interesting to watch the level of competition with fresh eyes, having just come off the Kingston trials.

Just as we got to the trial, our judge at Kingston from two weeks earlier, Aidan Gallagher was at the post. The sheep were a North Country type, in fantastic condition and working beautifully on their third day of running. The field was on a beautiful rising hill with a clear view of the sheep, although slightly blind on the left. Three men set the sheep, barely using the one dog that was with them. The top scores were extremely high, 214 leading the way. The lines were very straight (sheep rarely even glanced to the side) and the turns were unbelievably tight. Handlers were retiring at the slightest bobble. Many people said it was the best sheep and best Irish National ever.

It was fun to watch and listen to the handlers discussing the dog running, a real education!

Although we were enjoying watching the running immensely, both Mary Lou and I had to take a short siesta in the overstuffed car as we had not yet conquered our jet lag. I'm sure anyone looking into the car would've laughed at us with our little inflatable pillows wrapped around our necks and surrounded by suitcases.

We're heading to a small trial at a local fair tomorrow, so we'll see how it goes. It'll be nice to get the dogs out and let them stretch their legs on some sheep!