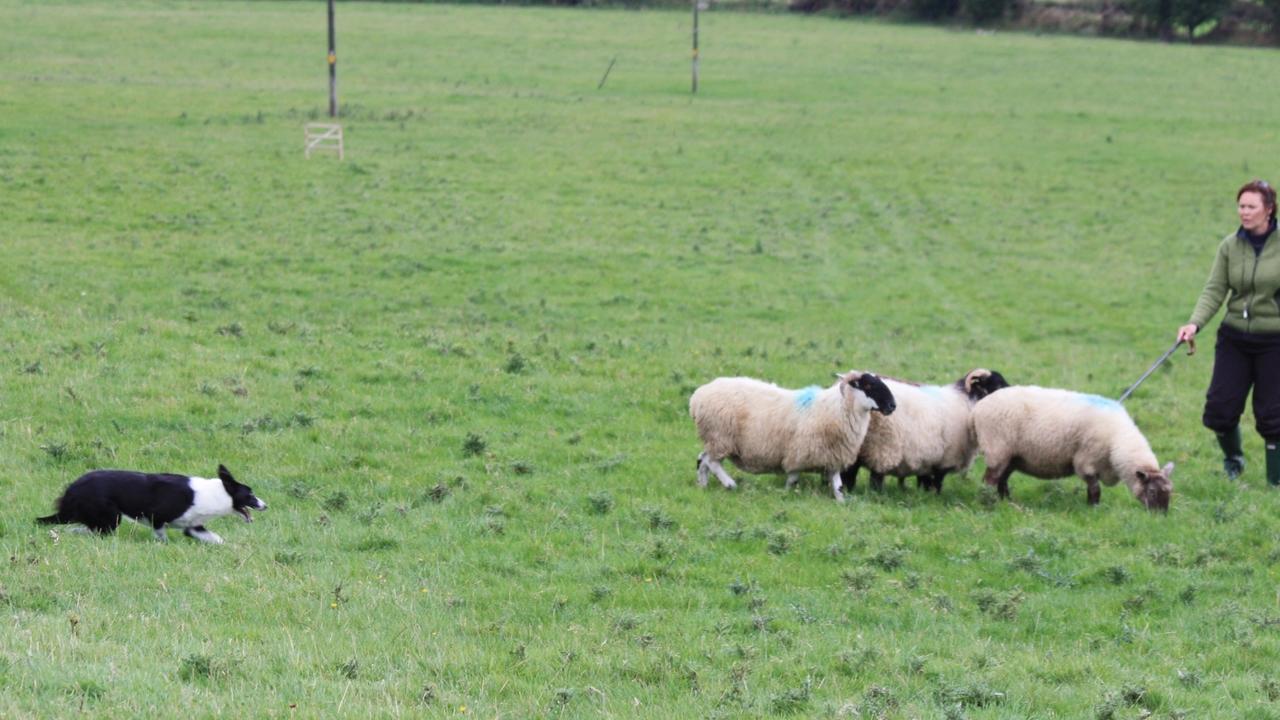 It's true that as your ear gets used to an accent, it becomes easier to understand. I think we are down to saying "What was that again?" less than 20 times a day. We are now huntin' dogs instead of working our dogs, and apparently the word "yoke" can be used for any item under the sun... I think it roughly translates as "thing" or "stuff". We were originally talking about drugs injected into animals and someone said something about injecting yoke and at first we thought they meant egg yolk...hmmmm, how does that work?

Phone calls might end with guh-lug guh-lug guh-lug (approximate phonetic translation, said at high speed) which we were finally brave enough to ask about... It is very Irish to wish someone "good luck" (with a repeat or two) at the end of a conversation.

We needed some luck as we were going to be "hunting" our dogs on the weekend. We started out by heading to a local Irish crook maker, Tom Kavanagh. We didn't risk flying our own crooks across the pond and had been borrowing crooks up to that point. He had a nice variety of sticks, and we picked up a few, as they are so hard to come by.

So now that we have seen "yo" man with the yokes, we are ready to hunt our dogs. More shortly after the trials!