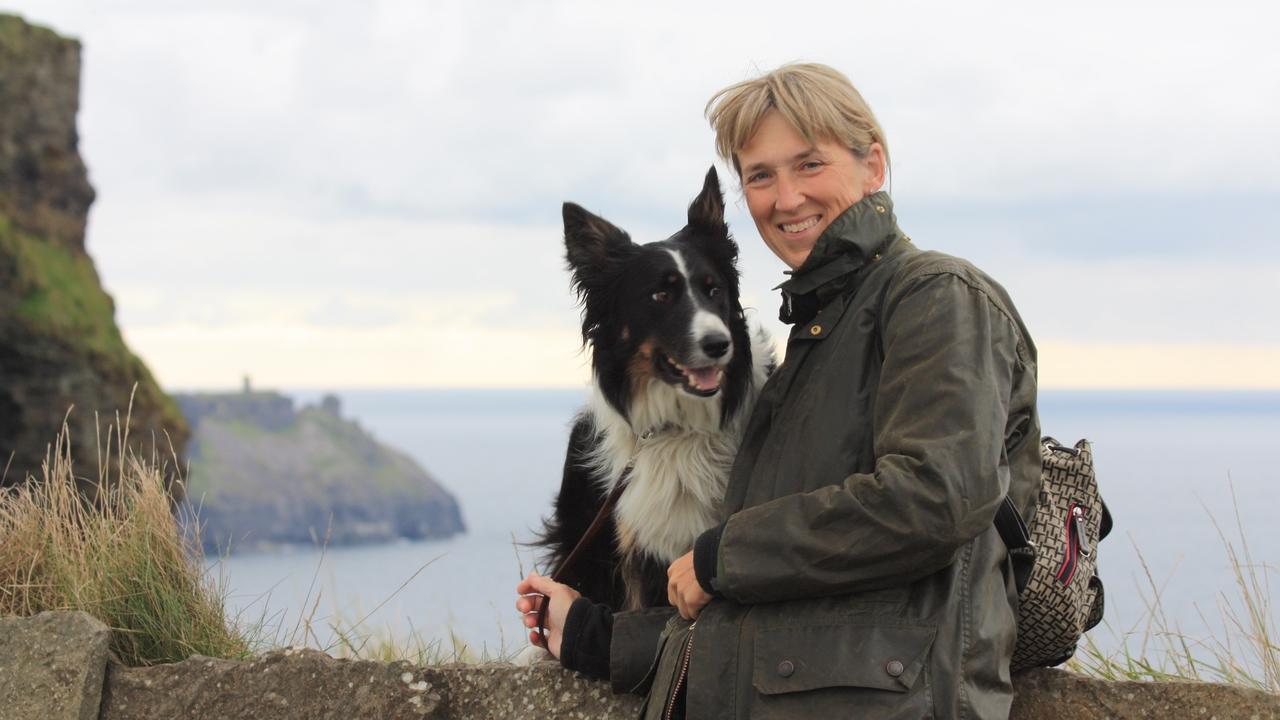 We headed off to the west coast to watch Denis do a brace demonstration and then planned to do some sight seeing and shopping. Denis did this incredible demo, and sheep quickly changed their minds about challenging a dog when a second dog came into view.

The highlight was when Denis worked one dog on sheep and the other on ducks... All the more impressive when you knew that he didn't practice doing it, the dogs were just that well schooled! 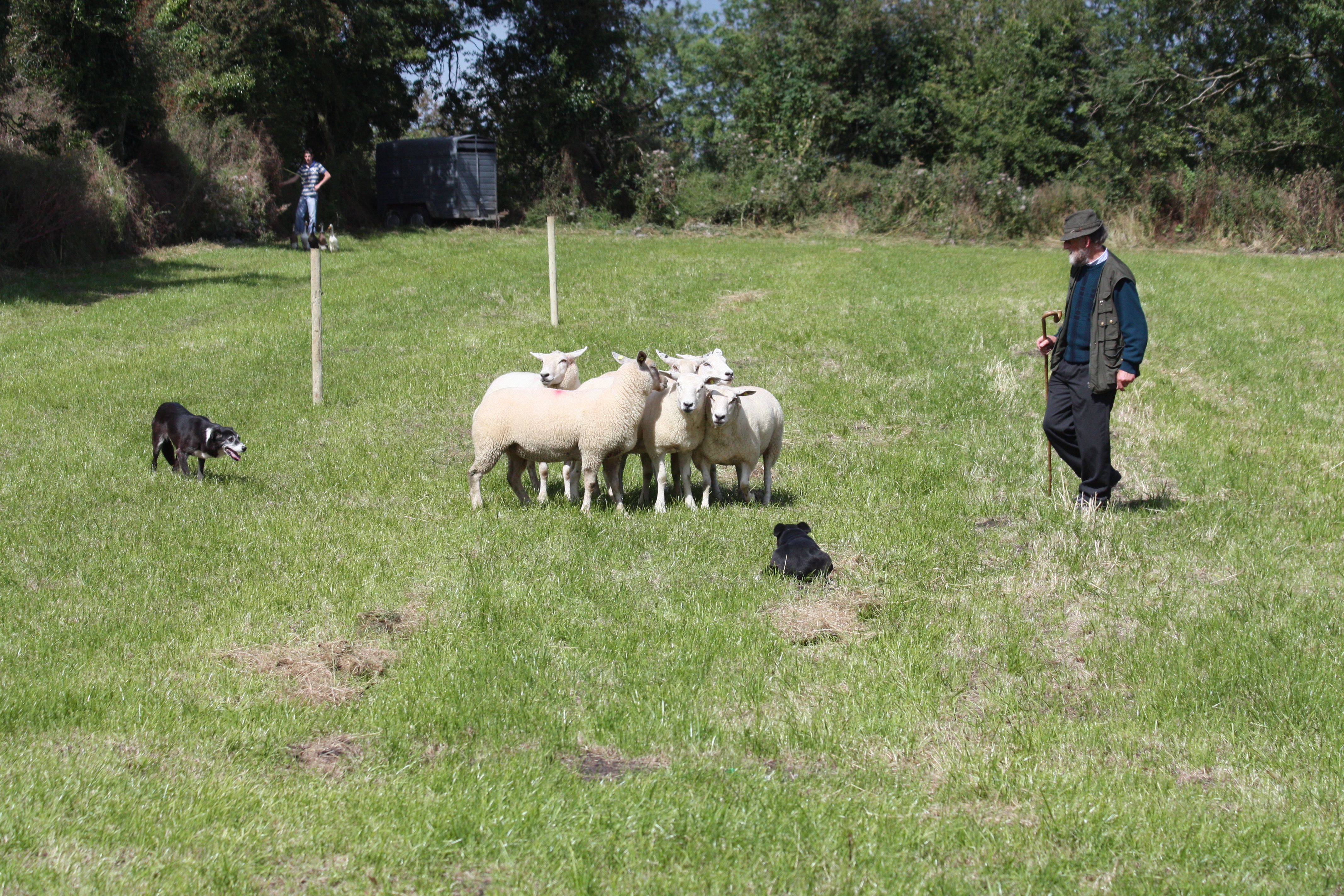 From there we headed to Galway, looking for clothing for a potential Double Lift final. Mary Lou tried on a few things, but I didn't think purple suited her and I was worried the hair piece might come off in high wind...

From Galway, we headed to the spectacular Cliffs of Moher (which we pronounced mohair quite incorrectly). There was the safe tourist area and then there was a small slippery trail right along the cliff's edge.

You had to pass several "Danger: Do Not Enter" signs and a number of memorials of people who had died at the cliffs. There were dozens of people universally ignoring the warnings, so naturally we felt the urge to risk our lives as well. We climbed over the barrier and went about 20 yards, where we decided to take a picture. Mary Lou slipped and landed on her "arse" (Irish for buttocks) trying to take the pic. That was slightly unnerving as the path only got narrower! 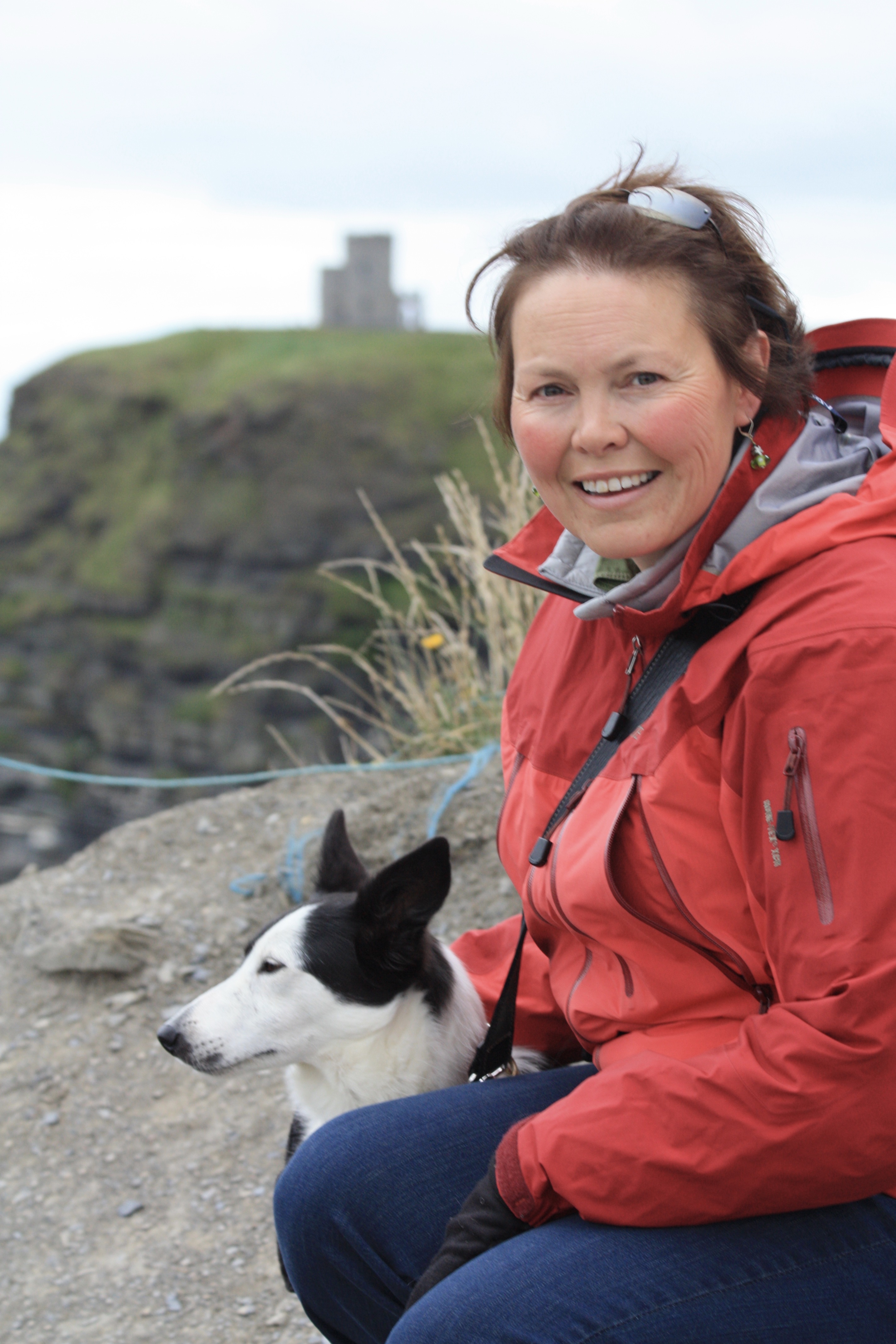 The view of the Atlantic was incredible and also alluring. It is interesting that many from the west coast of Ireland head for "America", while those on the east coast tend to go over the Irish Sea to the UK. Joe O'Flynn (remember Rat Salad) had made an observation about people becoming like the land they live in. The west coasters were often visionaries and explorers who crossed the ocean, the midlanders were wealthy and content in their fertile farms and the east coast settlers in the mountain ranges were a passionate and volatile type of temperament, very like to the mountains. I contemplated this as I looked out over the water and understood how the view would inspire a quest for adventure. It was overwhelming to think of our home in Toronto over 5000 miles away and the brave souls who had attempted the crossings back in the day, not knowing what they would find and hoping for a different life.

Another few yards later both our legs were feeling a bit weak from the height and we decided we had flirted with danger long enough. We turned away from the Atlantic and headed back to the mountains.