The long (and narrow) road to trialling 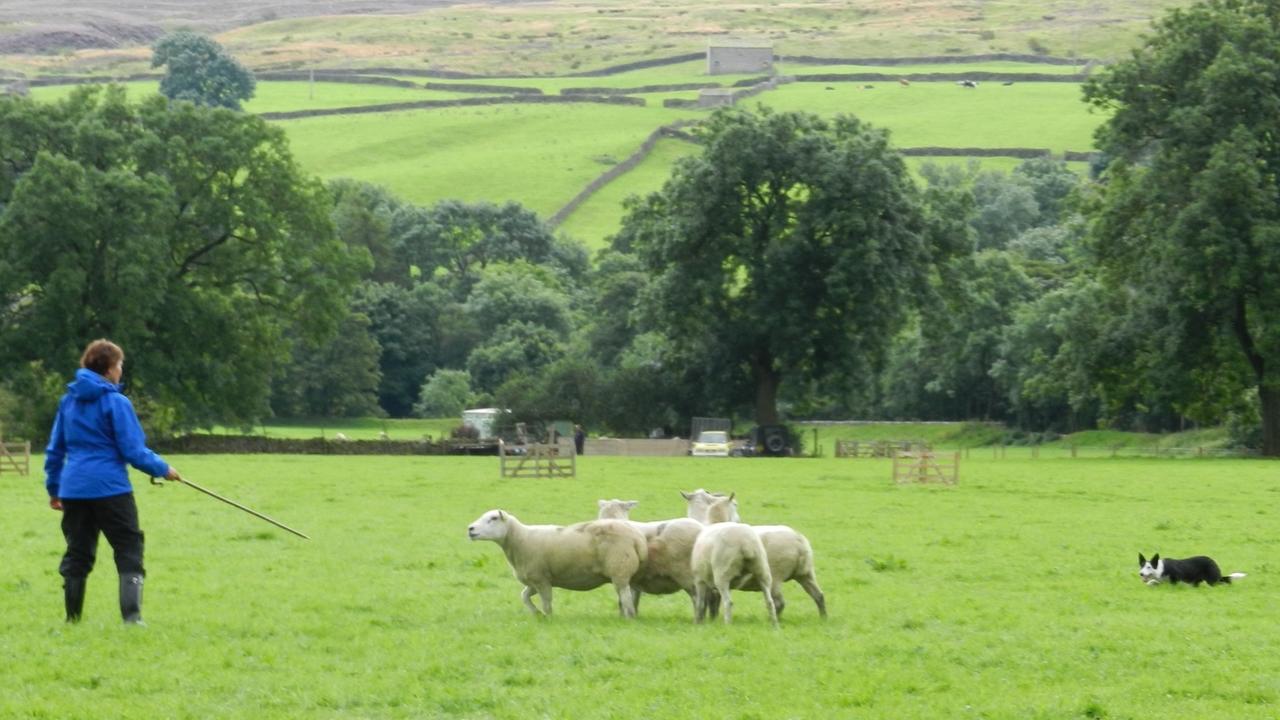 We've decided that it is easier to tow a huge trailer in Chicago traffic during an Oprah Winfrey event than drive on the left hand side of a ridiculously narrow road that has a 100 km speed limit and a stone wall within inches of the side-view mirror. We've now had a few up close and personals with the brush on the "verge" (edge of the road), I hope the rental car isn't scratched. I think one road we were on through the Wicklow mountains was actually a sheep trod in disguise. The trial we were heading to was an hour and a half away which, when it feels like you are about to have a head-on collision at any moment, seems like a four hour drive. No wonder 30 minutes is more the norm.

There were about 35 runners in this local trial. Handlers with multiple dogs went first, and then when everyone is down to a single dog, they do a draw so that all the single dogs run on rerun sheep. The sheep were a mixed flock, and touchy only begins to describe them. It wasn't unusual for there to be a completely unworkable sheep in the group of four. But since most people had multiple dogs, had driven less than 30 minutes, paid five Euros to enter and the money went to charity, no one really got too fussed. The sheep were tricky to shed, and even tougher to pen as the handler and dog often had to manage an independent thinker.

Denis had a good go with his wonderful dog Bill, and even though his sheep were flying, his timing for the turns at the panels was incredible. Mary Lou had a very good run with Dyna while managing an uncooperative sheep, prompting "the boys" to ask about her breeding, who had trained her, and mutter to each other "that's a brilliant little bitch". I, on the other hand, managed to miss both drive panels with flying colours, trying to hang on to a little hogget (a one year old sheep) that wanted nothing to do with the apparently foreign ewes. I tried to do a high speed "point and shoot" at the cross drive panel, but where every other group of sheep pulled high, my little hogget decided not to play by the rules. Even so, a few asked me about Craig's breeding.

I had run fairly early, while Mary Lou and Denis had drawn up near the end of the running order, so it was fairly late when we got back to the farm.

Denis has an absolutely amazing family that works together like no family I've ever seen, and dinner was waiting when we arrived. His two daughters have been looking out for us, rescuing us when we were lost, and making the meals for everyone. This night, the evening meal was salmon with lemon and dill, and a decadent dessert with fresh strawberries, blueberries, cream, chocolate and meringue. We are wondering if they are willing to adopt two more. They have certainly made us feel like family.