Warm-up To The World Trial (part 2) 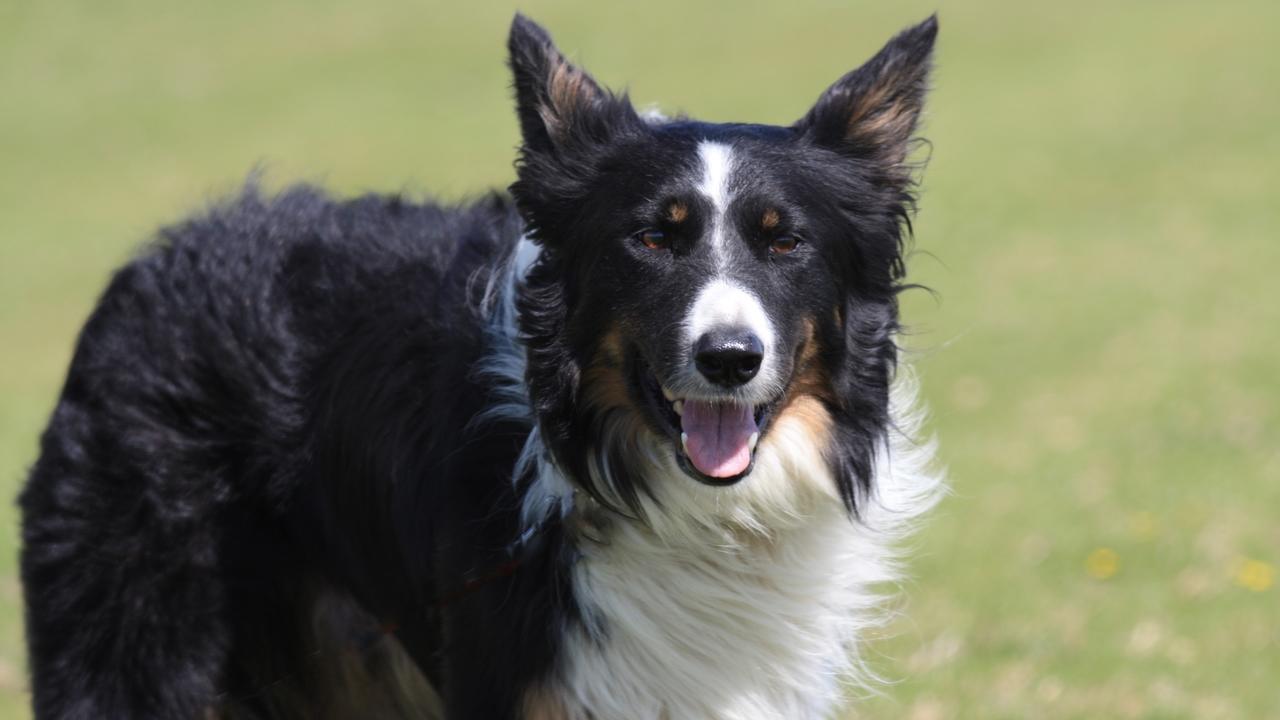 80 Acres (continued)
On Monday, the 80 Acres Trial hosted the Novice classes. Two more of Mary Lou's students joined the action. In fact, they set a very high standard for the quality of work with good outruns and their dogs under good control, sweeping the top three positions. Neto finished first and third with his two dogs, and Tricia finished an impressive second in her first ever trial with a daughter of Mary Lou's Dyna, Boywood Kix. Mary Lou was very proud of them both.

Kingston
From there, we moved on to the Grass Creek site. The trial field is very picturesque with the St.Lawrence River in the background and the Wapoos Island sheep are always a (fun?) challenge. These sheep live on an island for a good portion of the year and don't see many dogs or predators, or even humans for that matter. They are quick to test a dog's courage and Wiley enough to escape the dogs that are willing to stand up to them. There is a line of trees on the left side of the field that tempt the sheep to make a run for cover and near the handler's post at the bottom of the field is the famous "Heartbreak Hill" where the sheep disappear from the handler's view in an attempt to get to their friends and some shade and rest. Many a good run has ended because a frustrated dog, trying to get the sheep back over the hill, has his lost patience and has gripped a stodgy ewe. This year there was an additional challenge early in the week of a wet, almost swampy area in line with the fetch and shedding ring that the sheep really shied away from.

The format was two trials over four days and Mary Lou and I were both running one dog (Mary Lou had a second dog but he came up lame just before the trip). As luck would have it in a random draw, both Mary Lou and I were scheduled to run fairly early on Day 1 and then not again until near the end of the day on Day 4. Fortunately there were enough friends to watch, good dogs to admire and shopping to keep us busy in between.

Trial 1
The scores didn't start out promising on Day 1, although sheep often run well in the morning. Chuck Dimit and Rex scored a 79, and stayed at the top of the leader board for a long time. Mary Lou and I both ran fairly early and although we both ended up with scores that gave us a chance to get to the Double Lift final with good second runs, neither of us were able to get our pen, so also losing out on the final element of work, the single. Alistair and Linda also finished in the top 20%, so also having a shot at the Double Lift and gaining points towards qualifying for the 2012 USBCHA Nationals.

Trial 2
Sheepdog trialling is an activity where fortunes can change in a hurry. The sheep can turn good or sour in the space of a run, and luck and skill play their part. The scores were low in the second trial and Mary Lou and I waited through three days of trailing for our second try. The announcer, the respected and knowledgable Bev Lambert, started to explain to the spectators how the sheep would likely start to get very difficult as the trial wound down because the sheep that would come out would be the ones that had managed to avoid being used for four full days. They were likely wiley, head strong and not amenable to being herded politely around a field. Right on cue, the scores started to plummet as group after group of sheep came out and outfoxed the dogs. It was getting so comical that those of us remaining to run began to make jokes about our chances. The run immediately before Craig was a wreck, so it didn't seem likely the tide was about to turn.

I walked out with Craig and immediately began assessing my sheep. They were just grazing! Not a one was trying to run off or act independent. I may have been lucky enough to get the last settled group of the trial. Craig went out beautifully, and his out work was very good. In the shedding ring, the sheep started to get twitchy and we took some time trying to get the shed set up. Time started slipping away. Finally the sheep came apart and Craig took his two sheep nicely, but the other two bolted for "Heartbreak Hill". I sent Craig for the sheep, but they beat him over the hill. The other two joined them shortly. My heart sank. I couldn't see a thing except the occasional sheep head appearing over the bank for a moment.

Suddenly, Craig appeared over the hill with all four sheep, I don't know how he did it. I ran for the pen as I overheard the announcer say, "She only has 10 seconds and these sheep take at least a minute to pen, she had to use up too much time in the shedding ring". I grabbed the rope and swung the pen door open and glanced back at Craig. I couldn't believe my eyes! Craig was marching the sheep right at the pen opening! I started counting down in my head. The sheep paused just on the inside edge of the pen opening. Craig kept coming on and I came on strong and squeezed the sheep the last few inches myself. I swung the gate so fast trying to beat the clock I almost fell. Bang! We penned an instant before the buzzer went! What a high! And a score good enough to make the Double Lift!

Mary Lou's run was shortly after. Her group was already fractious at the top, with a runner and a laggard. Dyna was on her outrun when the group disappeared temporarily. But Dyna picked them up with her typical no-nonsense like style and started bringing them down the field. The runner started to run. Mary Lou and Dyna did a brilliant job of stopping the runner and gathering up the single sheep who kept lagging back. They stayed right on line. Throughout the outwork, Dyna kept managing a difficult situation beautifully, and Mary Lou was spot on with her handling, making all her panels and keeping her lines and turns tidy. In the shedding ring, the runner kept causing them problems by trying to leave the ring, but finally Dyna got her two sheep off. Once again, the sheep didn't cooperate and ended up behind the pen, with time running low. The announcer again commented what a difficult situation this was with less that 40 seconds to pen and the sheep in an extremely touchy situation. Dyna swung around and simply marched them back towards Mary Lou, who by now had swung the pen door open. As time counted towards zero, the sheep approached the pen opening from behind the pen, and just when the sheep arrived at the point where they had broken away from most of the dog and handler teams, Dyna gave a little flank and turned the sheep straight into the pen. Mary Lou swung the gate...Bang! Buzz! Once again, a heart-stopping exciting pen at the buzzer! Sometimes in sheepdog trialling, you see brilliant work in a difficult situation where the score can't reflect the quality of the work and this was just such a situation. Aidan Gallagher, the respected Irish judge, came out to Mary Lou and said, "That's a brilliant little bitch you've got, I'm very impressed with both of you!"

Well, both Mary Lou and I left the trial knowing we had work to do before the World Trial and that was as it should be. My Double Lift performance the following day finished in the middle of the pack and again I was happy for the lessons I had taken away from it. Onwards and upwards, UK here we come!